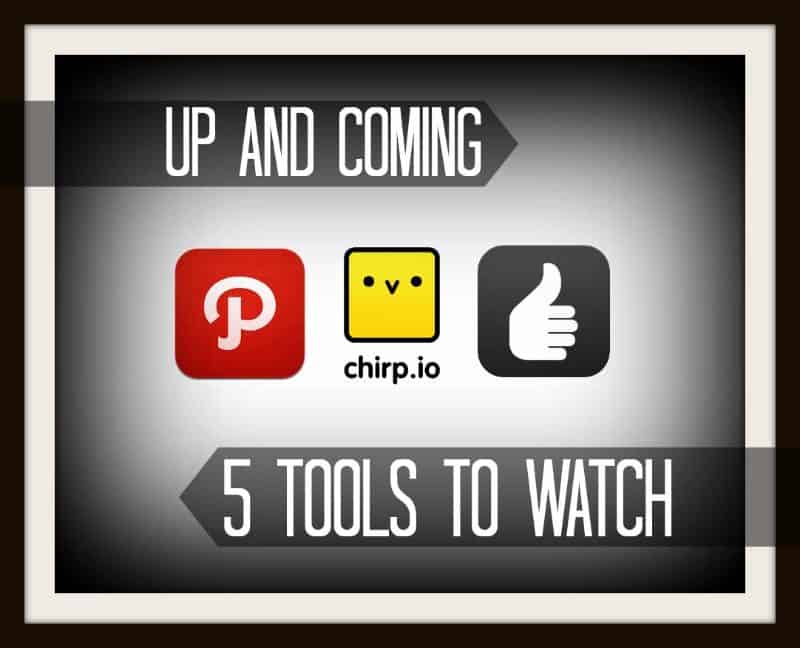 Tired of tweeting? Suffering Facebook fatigue and Insta-exhaustion? Exciting new social networks and platforms are popping up across the web all the time, offering us tons of innovative and awe-inspiring ways to connect, share and communicate.

Here are five of the most intriguing and creative up-and-coming social sharing tools and networks you’ll want to check out for yourself.

Reportedly growing by more than one million users each week, Path offers a more intimate social networking experience – where friend networks are limited to 150 connections for each user. Self described as a ‘smart journal that helps you share life with the ones you love’, Path is private by default, and is designed to simulate a ‘dinner table experience’, where you would share stories and moments in a safe environment with the people closest to you.

Remember how blown away smartphone users were when the Bump sharing app was released? Well, Chirp is based on a similar concept… but with even more oomph. Essentially, Chirp is about sharing via sound – giving users the ability to share a link or image or even a document with an entire roomful of people. No more emailing multiple accounts or trying to pair devices via Bluetooth. With Chirp, your phone emits a high-pitched, two-second squeak, which other phones running the app within audio range recognize, allowing them to instantly download the shared information. It doesn’t matter whether you’re in a boardroom or a crowded bar, or trying to reach a larger audience by embedding your chirp into YouTube videos.

Though the old MySpace (with a capital S) was once the social media king boasting more than 100 million users in its prime, it has long been regarded ad the has-been of the social networking world… that is, until the launch of the new Myspace 2.0, with the backing of Justin Timberlake. The new interface is visually driven, although the focus on music is still central to the platform. Using Myspace, users can listen to the latest tracks from undiscovered talent and upload their own to find new fans; connect with music, artists and friends to get customised recommendations for new music; access exclusive interviews, videos and mixes; and curate and share their own music and photo mixes.

Thumb is all about personal crowdsourcing in real time. It was created with the goal of helping people get instant opinions while shopping, but since its launch in 2010 it has evolved into a community of users happy to give feedback on virtually every area of life – from artwork and music to movies, food, relationships, and everything in between. Not sure which blog topic to post about today? Deciding between two logo concepts for your business? Want to ask real people if they’d buy a new product before you invest time and money creating it? Put your question out into the world, see the thumbs ups and thumbs downs rolling in, and engage in conversations with people from all over the world to help you make your decision.

Leading a revolution in online payments and selling, Chirpify is the only in-stream social commerce platform – enabling users to sell digital and physical items directly in stream on social media channels, including Facebook, Twitter and Instagram. To make a purchase users simply reply ‘buy’, to enter a contest they reply ‘gimme’, or to donate to a social fundraising initiative they reply ‘donate’. Chirpify also enables users to send and receive payments to multiple people with one tweet or retweet by including the hashtag #chirpify. No credit cards or tedious online checkouts necessary.