Importing from Tumblr to WordPress 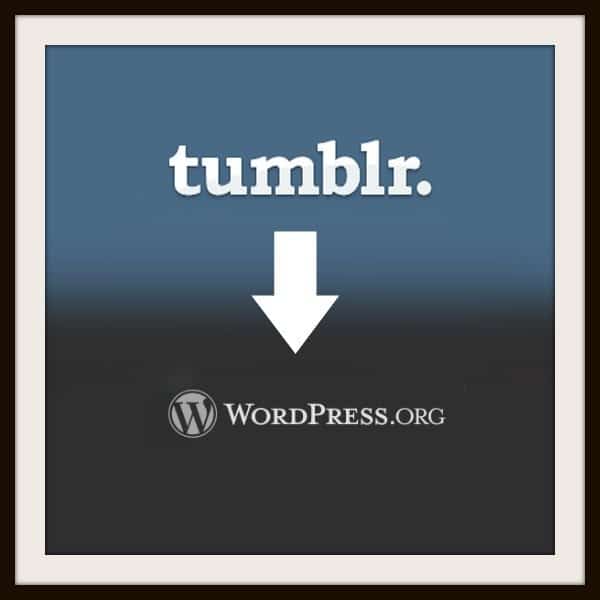 Tumblr is an incredibly popular microblogging platform – though compared with WordPress, its capabilities are relatively limited. If you’re currently a Tumblr user and you’d like to make the switch to WordPress, you’re not alone.

It’s little surprise that WordPress saw a bump in new users after it was announced that Yahoo took ownership of Tumblr. The acquisition sent many Tumblr users fleeing the platform, with WordPress CEO Matt Mullenweg citing more than 70,000 imports in one hour following the announcement, compared to the usual 600 posts.

There is a number of reasons users may want to switch blogging platforms in light of the acquisition, with some tech experts suggesting unwanted advertising expected to appear on Tumblr blogs to be a significant motivating factor. The fallout of the Yahoo acquisition isn’t the only reason people are jumping ship, however. Other web watchdogs hint that moving from a simpler platform like Tumblr to a more sophisticated and complete CMS such as WordPress is a natural progression for serious bloggers.

If you are currently using Tumblr and you’d like to make the move to WordPress, the good news is making the swap is simple. I went through the process step-by-step, migrating my blog at The Word Nerdery to my WP-hosted Nikki Beecroft site, to test for myself how easy the import process is. Excluding import time, which can take a while depending on the number of blog posts you’re importing to WordPress, the entire setup process took me around 10 minutes.

Want to import your Tumblr blog to WordPress? Here’s how you do it.

First, log in to your WordPress admin, and check out the left-hand navigation. Hover over Tools and then click Import. 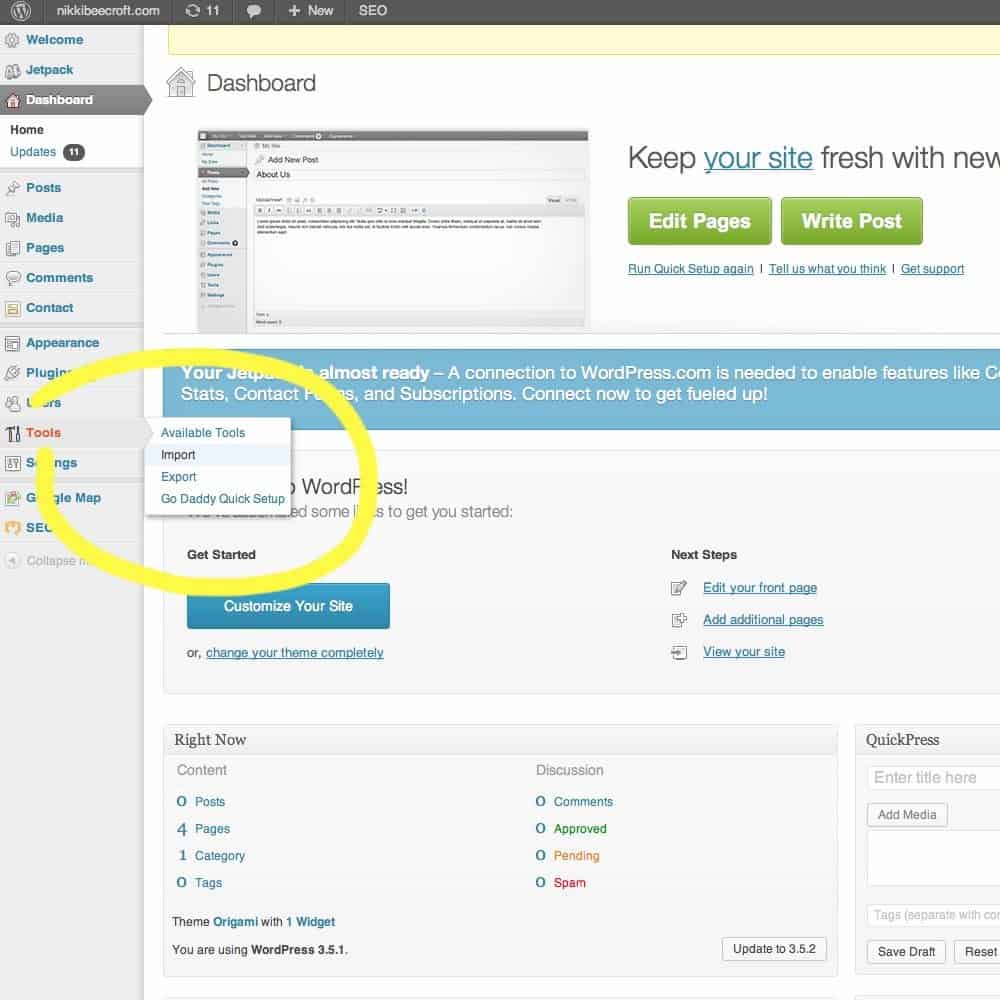 You’ll be directed to the most popular import options, including importing from Blogger, LiveJournal, TypePad and more. Select Tumblr. 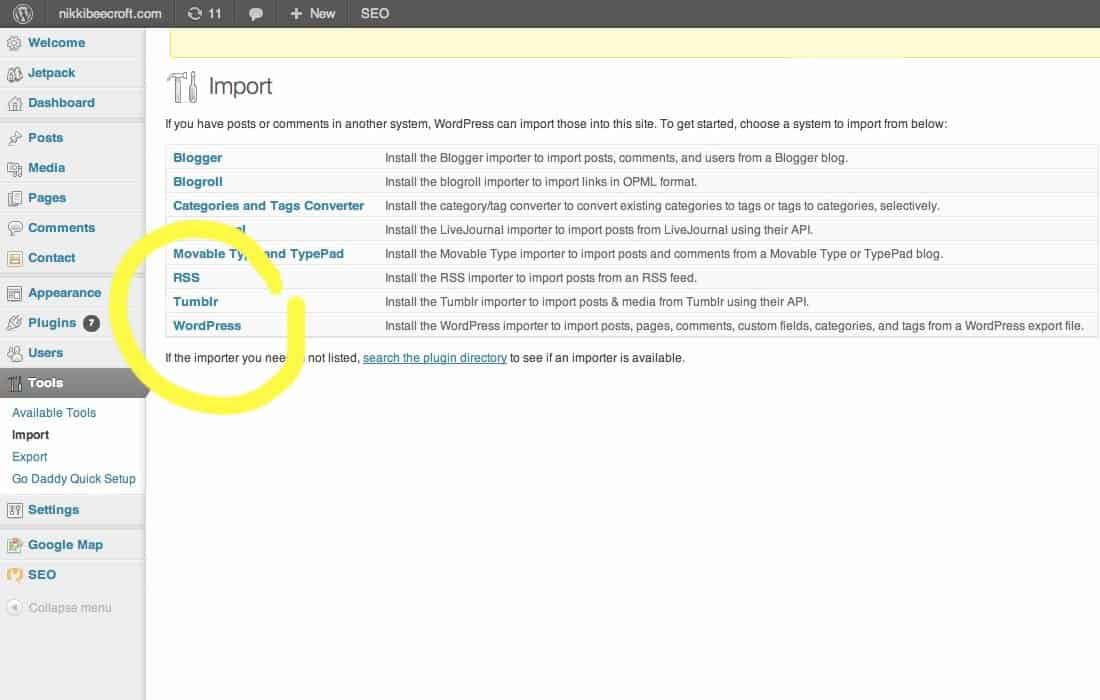 The Install Importer will pop up, offering a brief description and relevant information. Select Install Now. 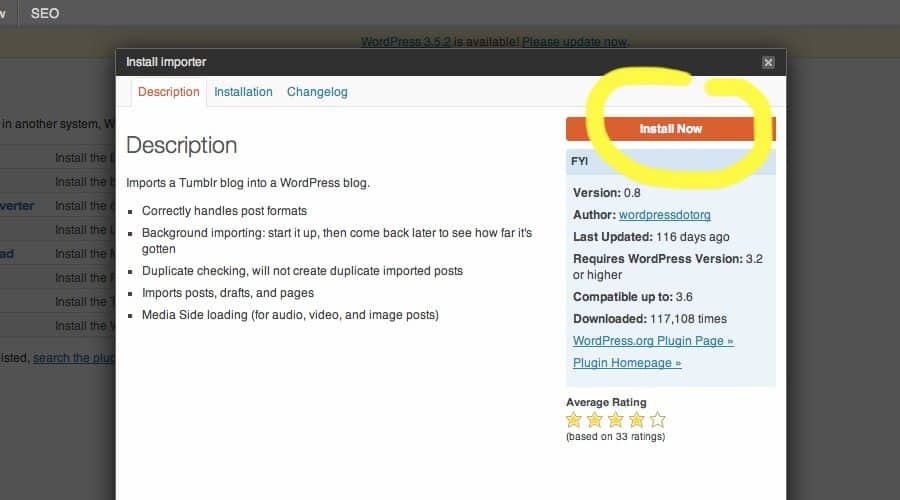 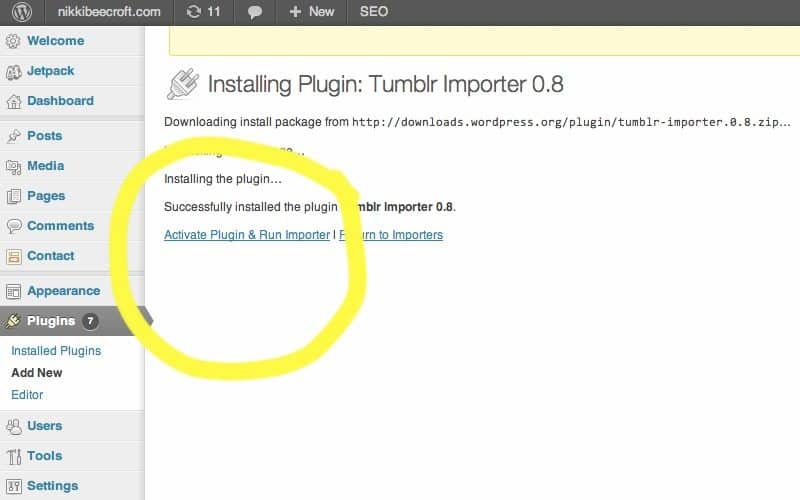 First, you’ll need to create an app on Tumblr, which will provide a connection point between your blog and Tumblr’s servers. Open the tumblr.com/oauth/apps link in a new tab, and then follow the instructions provided to create your app. 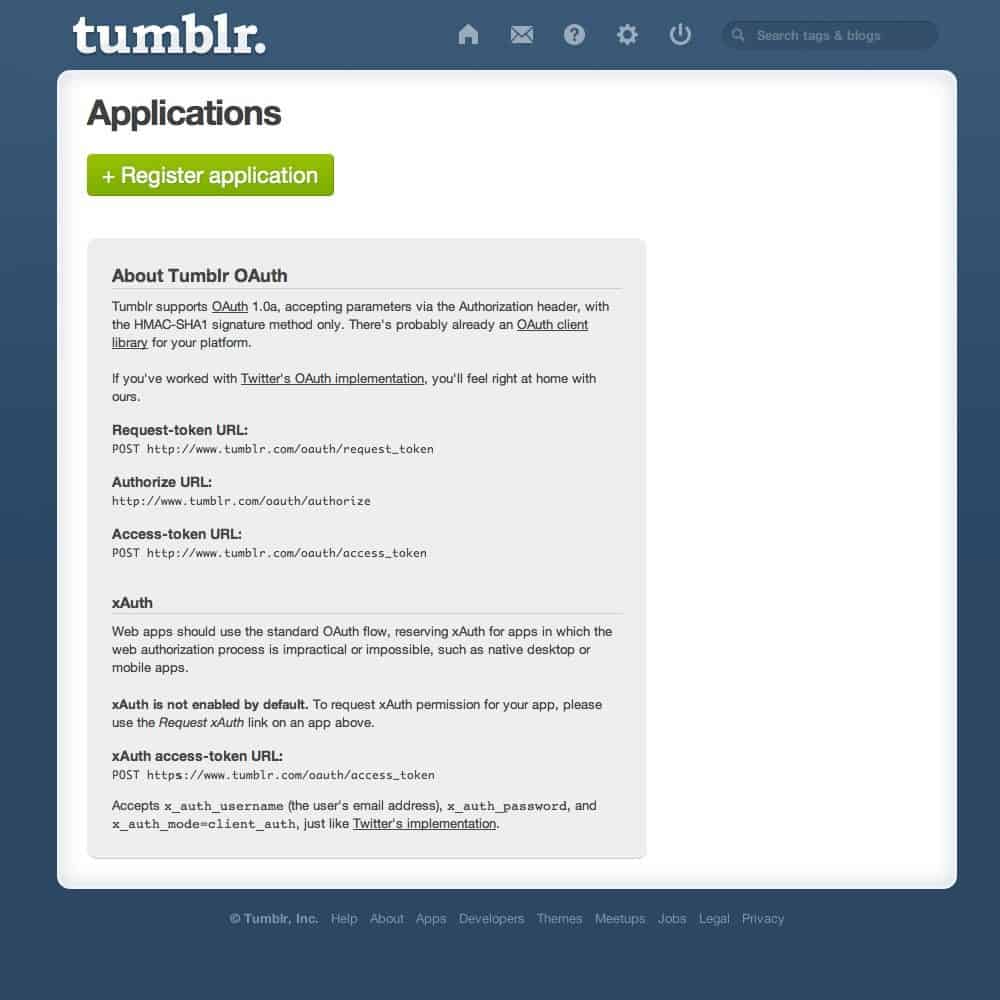 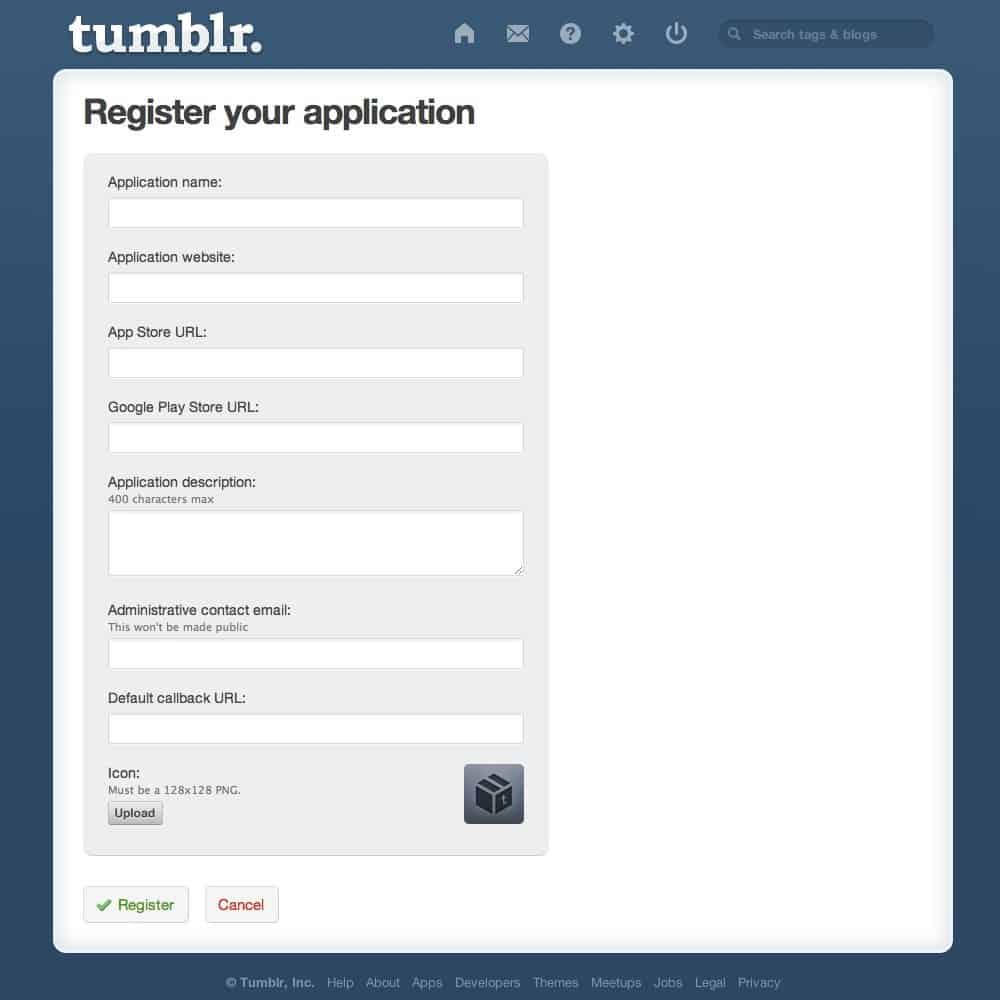 On this page, you will be provided with a OAuth Consumer Key, as well as a secret key (you will need to click Show secret key for this to be displayed). Copy and paste these keys into the required fields on the Import Tumblr page in the admin and click the Connect to Tumblr button. 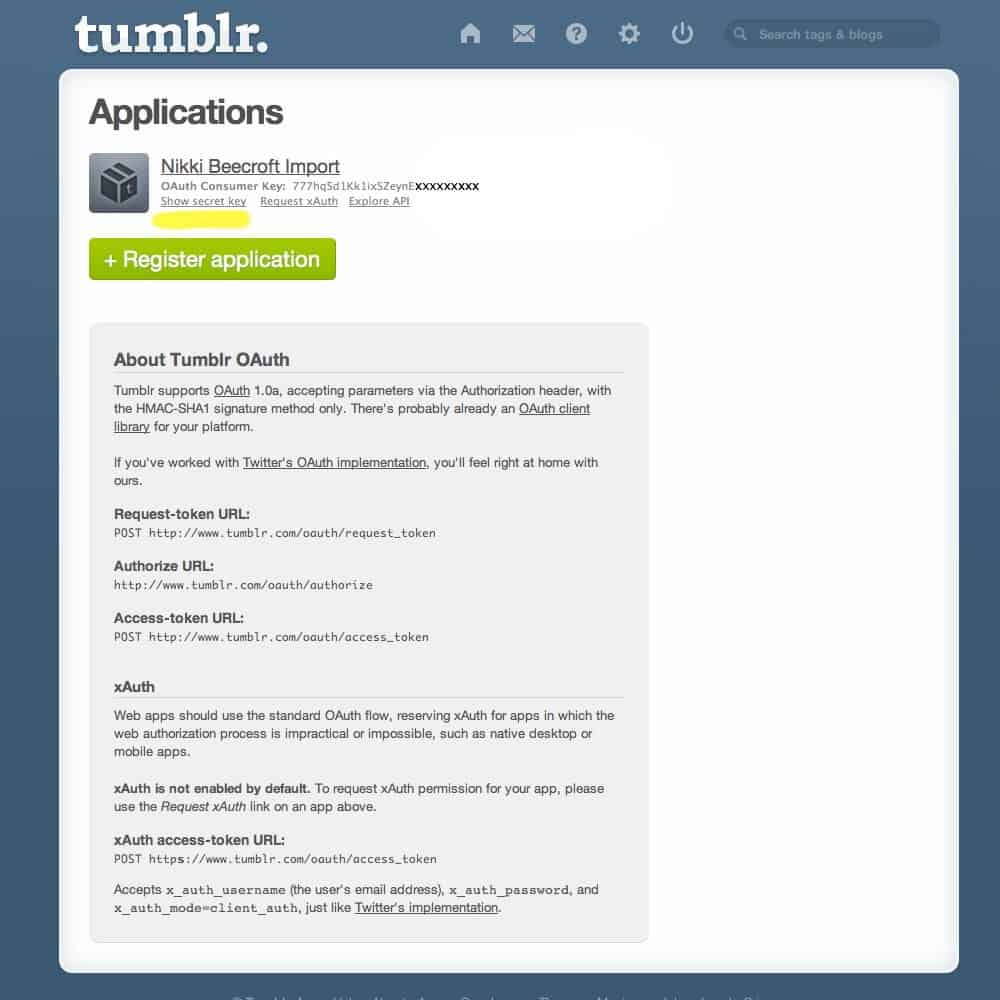 Click the Allow button to grant the application access to your Tumblr account, and after being taken back to the WP dashboard Import Tumblr page, select the Tumblr blog you would like to import and then click the Import this Blog button to begin the import process. Once the import is complete, the plugin will display your status as Finished. 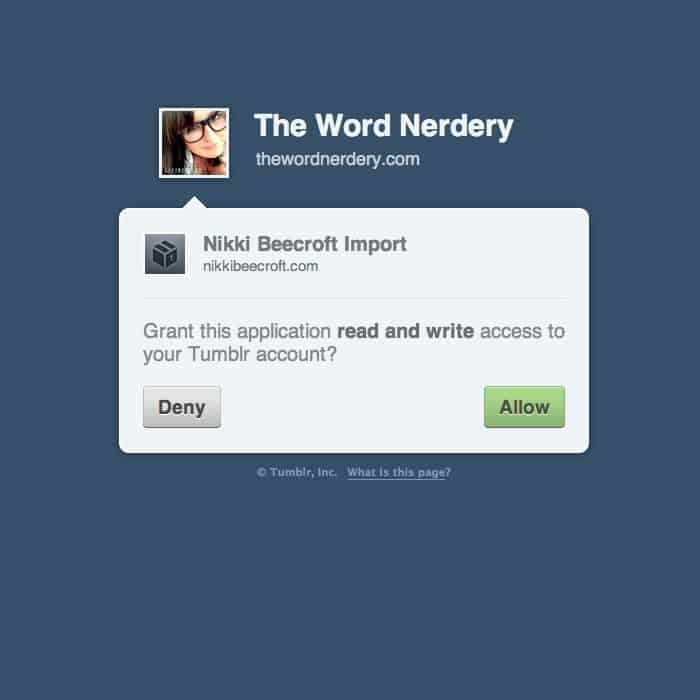 If you have a custom domain mapped to your Tumblr blog (as I do) you will need to temporarily remove this custom domain mapping and clear the account information before again attempting to import. Once the import of content to WordPress is complete, you can re-enable the custom domain for Tumblr.

If at any stage you change your mind and decide you do not wish to import from Tumblr to WordPress, you can select Clear account information, and then deactivate the Tumblr Importer plugin.

6 thoughts on “Importing from Tumblr to WordPress”