Searching for an Eco-friendly web host? 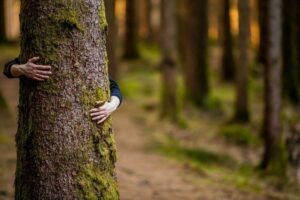 It’s funny to think that in less than 20 years the internet has gone from a curiosity used only by academics and hardcore geeks to an indispensable tool that most of us can’t imagine living without. I mean honestly, what did we do before there was the internet? There is barely a single business, industry or job that hasn’t been transformed by it, and if you are reading this then there’s a good chance you even have you own personal website.

But the thing we don’t often realize is that the internet itself does take a toll on the environment. Your website needs to be hosted on a server connected to the web and running around the clock, 365 days a year. The server farms that host our websites use power, and a lot of it to keep the servers on and cool. In many ways the advances in telecommunications and collaboration that the internet enables have reduced our carbon footprints by allowing us to work from home, travel less and work virtually. The other side of the coin is the huge amount of energy required to power the internet, and not all of it is from especially green or renewable sources.

Contents show
1 How much power is used by hosting companies?
2 What can we do about it?
3 The Best Eco Web Hosting Companies
3.1 Green Geeks
3.2 InMotion
3.3 Site5
3.4 iPage

How much power is used by hosting companies? 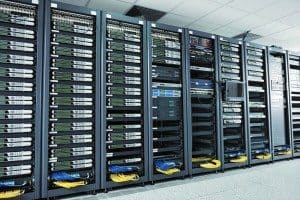 According to an investigative piece published by the New York Times, digital warehouses worldwide consume 30 billion watts of electricity, roughly equivalent to the output of 30 nuclear power plants, and much of this energy use is just to keep servers sitting idle, on standby, ready handle an overload of requests or take over for a failed system. When you consider the fact that the average server produces the same carbon emissions as a 15 mpg SUV and at current rate web hosting companies will be a bigger polluter of the environment than the airline industry by 2020, using the Internet as often as we do might seem a bit irresponsible in some people’s eyes.

Put another way, in 2010 the data center industry in the US used 2% of all the power consumed in the United States. Think about that…a single, very new industry not much more than a couple of decades old (and growing very fast) is using 2% of the countries power. And we don’t tend to think about it because it isn’t something we see or deal with first hand. We outsource our hosting so we never see the hardware and infrastructure that is necessary to power the billions and billions of web pages. Fact is though it has a very real impact on the environment.

What can we do about it?

In response to this vast energy consumption, many web hosting companies have taken it upon themselves to address this issue head on.

Enter eco web hosting, a way by which the web hosting industry can reduce its negative effect on the environment through Carbon offsetting, or by powering a data center directly with renewable energy. Eco web hosting providers that adhere to strict environmental guidelines can obtain Green-E certification. Even those that are unable to make use of renewable energy sources directly have the ability to earn this certification through the purchase of carbon credits that offset the use and cost of conventional, non-renewable, energy. These are known as Renewable Energy Credits (or RECs).

Top Article:  WordPress SEO Spam & How to Prevent It

So just which hosting companies are getting involved with eco hosting strategies? Well, most of the big hosting companies you have heard of are doing what they can, though fair to say some more than others. There is a financial incentive of course to use less power and reduce costs, so many companies will aim for efficient energy use, but that alone won’t offset their carbon footprint.

If you want to do your bit, these are our picks for eco-friendly web hosting…

You would be right to assume that Green Geeks’ office is environmentally friendly. For their hosting they configure all servers to run as efficiently as possible to reduce energy consumption and heat loss. To compensate for any power that they pull from the grid they purchase 3 times the amount in RECs making them 300% carbon neutral. That means they are effectively pushing more renewable energy back into the grid. A+. 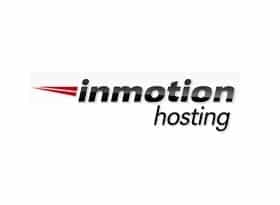 By utilizing a green data center that relies on outside air cooling technology InMotion is able to reduce their carbon output by more than 2,000 tons per year. They have also partnered with Trees for the Future where they have committed to planting 5,000 trees towards further reducing their carbon footprint.

Site5 makes it well known that they have been an environmentally friendly company since they were founded in 1999. To start with, Site5 plants a new tree for each new hosting account that is opened with them as a way to offset their carbon output. Additionally, they utilize sever and equipment technologies that require lower power consumption and energy used for cooling costs. Their employees also work remotely to reduce pollution as a result of the daily commute to work. 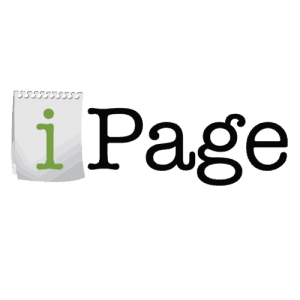 iPage is another service that utilizes 100 percent wind energy to power its servers and data center.  They too take their efforts a step further; for every kWH they use iPage purchases twice that amount in RECs so they actually offset their energy use by 200%. Customers who host with iPage are eligible to add an EPA Green Certificate badge to their site.

Not all WordPress hosting companies opt to take on green initiatives, and as you can see there are those out there that make up for their colleagues by going the extra mile. But just because a hosting provider is green doesn’t mean it is the right choice for your website. Consider everything from support to security when making a decision on where your site will live. With so many companies out there to choose from, anyone who feels strongly about using a green hosting provider will certainly be able to find the right one for their website.

If you have had experience with an eco-friendly web hosting provider that was not on this list please feel free to share their name with everyone in the comment section below.