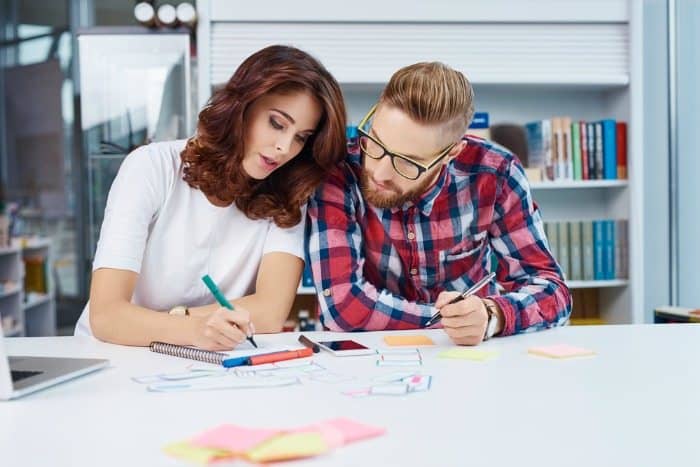 As a website designer, prototyping can not only save you a huge amount of time but also ensure that the entire team is on the same page. In this article, I’ll provide you with a guide to rapid prototyping and how it can be implemented for WordPress.

An Introduction to Rapid Prototyping

Rapid prototyping is the process of iteratively designing quick prototypes of a website in an attempt to validate it with the team of stakeholders involved in the project. This process is often overlooked by designers and developers though it is tremendously beneficial in the long run.

By means of rapid prototyping, designers can receive feedback on the current state of the website and make any necessary changes early on. Skipping the prototyping process entirely would mean that the web designer would have to make massive changes to the website after delivering it to the client.

The sad truth is that design changes are inevitable — no matter how closely a web designer follows the requirements.

The rapid prototyping process in itself consists of three simple steps that need to be iterated repeatedly until the final product is delivered to the client. These steps are:

The central idea of rapid prototyping is that the prototypes should be designed, forwarded, and dealt with as soon as possible. Keeping this in mind, there are three general practices followed by professionals to implement rapid prototyping in web projects.

Low Fidelity. The easiest (and fastest) method of creating prototypes for any sort of project is to go the old-fashioned way – pen and paper. Designers are prone to sketch a design on paper in the early stages of a project to get client feedback. The advantage of a low fidelity approach is that everyone is on the same page in terms of the user interface. However, users cannot get a fair idea of the system’s functionality or hands-on experience.

Medium Fidelity. Taking a medium fidelity approach is the next logical step and it’s often put to practice when sketches just won’t cut it. With this technique, designers create wireframes, test cases, and work flows on computer-based design tools. The Pareto Principle is often referenced in prototyping, “20% of the functionality that will be used 80% of the time”. The biggest advantage of the medium fidelity approach is that users get a hands-on experience with the system.

High Fidelity. High fidelity prototypes are the ones that are closest to the final product in terms of both design and functionality. These prototypes should capture the essence of the final product and if designed iteratively, it should receive the least aggressive feedback.

There are several tools out there that will help you based on the approach you choose to adopt at various stages of your web project. As long as you have a pen and paper you’re all set for low fidelity prototyping so we’ll suggest some of the best tools to use for medium fidelity and high fidelity prototyping.

Balsamiq Mockups is a popular tool that enables users to implement medium fidelity rapid prototyping. It comes with a feature-full user interface library that is loaded with tons of user interface elements to create interactive prototypes while keeping the focus centered on content and interaction.

Top Article:  How to Set IP Restrictions to the WordPress Login Page

Wireframe.cc is an excellent tool for creating in-browser medium fidelity prototypes. You’ll be greeted with a blank grid upon visiting their site to get started with the mockups without any delay. Best of all, the app lets you toggle between different devices. This feature can be leveraged for web projects that require a responsive design.

Jump Chart is a comprehensive tool that enables users to create (you guessed it!) high fidelity prototypes. The standout feature this tool offers is that it enables the entire team to collaborate and put forth their design on one platform. And that’s not even the best thing about it. Jump Chart exports directly to WordPress!

The Precursor App’s website says it all, ‘Prototyping and team collaboration should be simple. That’s why we made Precursor’. This high fidelity design tool has all the right features in place to making your prototyping experience as smooth and painless as possible.

Rapid prototyping has never been easier than it is today. There are several tools out there that will help you get started with the process, improve productivity and provide a platform for the entire team to receive valuable feedback.

Whether you’re designing a website for a client or pitching ideas for a new web app, prototyping will help you get your ideas across effectively, efficiently, and without hassle.

Which tools and resources do you use for rapid prototyping? Would you like to add any to our list? Let us know in the comments section below!